>>Back to Real Estate News and Flat Fee Listing Management

Ottawa, ON, December 15, 2015 – The Canadian Real Estate Association (CREA) has updated its forecast for home sales activity via the Multiple Listing Service® (MLS®) Systems of Canadian real estate Boards and Associations for 2015 and 2016.

Since CREA’s last forecast published in September, housing markets in British Columbia and Ontario have strengthened further. As a result, CREA has raised sales and average price forecasts for these provinces.

While housing markets in other provinces have performed as expected through the autumn, prospects in 2016 for a rebound in oil prices – and by extension, housing markets in oil producing provinces – have dimmed. Accordingly, forecast for sales activity in Alberta has been revised lower, as have forecast average prices in Alberta, Saskatchewan and Newfoundland and Labrador.

Recently announced changes to mortgage regulations that take effect early next year risk cooling housing markets beyond Greater Vancouver and the GTA, their intended targets. In particular, the regulatory changes are also likely to reduce sales activity in Calgary once they take effect in early 2016.

The forecast for national sales in 2015 has been revised higher, reflecting stronger than anticipated activity in B.C. and Ontario. National sales are now projected to rise by five per cent to 504,000 units in 2015, marking the second strongest year on record for home sales in Canada. (Chart A)

British Columbia is projected to post the largest annual increase in sales activity in 2015 (+21.4 per cent), while Alberta (-21.4 per cent), Saskatchewan (-10.8 per cent), and Nova Scotia (-5.1 per cent) will record annual sales declines. Activity in Manitoba is forecast to rise by 2.3 per cent this year.

Home sales in Ontario are projected to rise by 9.3 per cent in 2015. The increase would in all likelihood be higher were it not for a shortage of low rise homes available for purchase in and around the Greater Toronto Area (GTA).

Sales in Quebec and New Brunswick are forecast to rise by 4.8 per cent and 5.4 per cent respectively compared to sluggish 2014 results. Newfoundland and Labrador sales are forecast to eke out a gain 3.2 per cent in 2015 on the back of a rebound in the second half of the year, while activity in Prince Edward Island, having benefitted from the lower Canadian dollar, is expected be up 18.8 per cent from 2014 levels.

The annual forecast for national average home price growth has been revised upward to $442,600 this year, representing an increase of 8.4 per cent. The upward revision reflects average price gains in British Columbia and Ontario together with a projected increase in their proportion of national sales.

British Columbia will be the only province this year where average home prices rise faster (+11.5 per cent) than the national average. The rise in Ontario’s average price (+8.0 per cent) is forecast to be roughly in line with the national increase.

Elsewhere, average prices in 2015 are forecast to rise by about two per cent in Manitoba, Quebec and Nova Scotia, while falling 1.9 per cent in Alberta, 2.7 per cent in Newfoundland and Labrador and by less than one per cent in Saskatchewan, New Brunswick, and Prince Edward Island.

In 2016, national sales are forecast to reach 498,600, down 1.1 per cent from 2015 as activity in B.C. and Ontario moderates and housing market conditions soften in Alberta.

Sales declines there will offset activity gains in Quebec and Atlantic provinces, where strengthening economic prospects should translate into a slow and steady improvement in sales amid the continuation of affordable prices due to an elevated supply of listings. The exception is in Newfoundland and Labrador, where economic and demographic challenges are expected to persist in 2016.

The national average price is forecast to edge higher by 1.4 per cent to $448,700 in 2016. Price gains in 2016 are forecast to be strongest in Ontario (+2.9 per cent) due to an ongoing shortage of listings for single family homes coupled with strong demand for them in and around the GTA.

British Columbia and Manitoba are forecast to see average price gains of about two per cent in 2016, followed by Nova Scotia and Prince Edward Island in the 1.5 per cent range, and by Quebec and New Brunswick with increases of less than one per cent.

By contrast, Alberta, Saskatchewan and Newfoundland and Labrador are forecast to see average home prices decline by 2.5 per cent, 1.2 per cent and one per cent respectively in 2016. 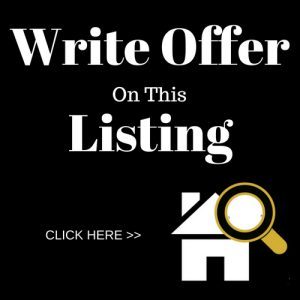